Welcome To All Our Favorite Holidays

You Have come to the right place to read great stories and see terrific video of all your favorite holidays!

The Calling to a Veteran’s Highest Honor

Memorial Day is a Day we reflect on all our fallen Veterans. They served our country so let us take this day to serve and honor them.
To get into the mind of a Veteran most of them will tell you the honor of being a Veteran means remembering the fallen heroes and the many they served with in the Armed Forces. To a Veteran there is no higher honor than to remember the fallen first and the living last. After being a member of the Sons of the American Legion for over eleven years I can help them with their causes but I cannot share in the brotherhood they feel through their fraternity. You see our American Legion Post gathers Veterans from all over a tri county area to help put flags and Monuments over the graves of anyone who is a Veteran and who has served our country honorably. Then in each cemetery where they prepare the graves they have a short ceremony, have a twenty one round salute, and play taps then move on to the next grave site.
This process is a ritual and a dedication in honoring the Veteran where they feel they could have done more even though they did what they promised they would do. This heart felt ritual begins just after dawn the Saturday before Memorial Day and ends in the early evening. Memorial Day takes presence over any Veteran’s holiday to these dedicated veterans including Veteran’s Day where after a short ceremony where they get together and honor each other. However, on Memorial Day these dedicated Veterans want to let the world know that these Veterans who served and who died in battle or naturally in life will never be forgotten as Americans of the highest honor. These, the men and women who served with courage in wartime and peacetime putting their life on the line for the call to freedom.

After a day of rest the Memorial Day celebration begins our faithful Bateman Gallagher Post 668 leading the Radnor Memorial Day Parade though the village of Wayne Pennsylvania to the Radnor War Memorial where all of Radnor Township and friends pay tribute to all past veterans but mostly to the Veterans who have fallen in the line of duty. Our Legionnaires and Auxiliary members stand proudly knowing they are honoring all Veterans who have fallen or past.
The village of Wayne was formerly known as the village of Louella until the late 1800s when the village was reborn. This decision was made by the town members in the honor of General (Mad) Anthony Wayne who single handedly led the charge sparking a complete turnaround in the Battle of Brandywine and one of the turning points of the American Revolution against British Army. Mad Anthony’s statue of him on his horse is perched on a hillside in Valley Forge National Historical Park where he looks like he is proudly gazing over the village named after him.

General Anthony Wayne is only one of many great symbols of a Veteran and a Patriot we cherish in the history of our Nation. As a Legionnaire or a member of the Veterans of Foreign Wars these fraternal organizations know and are part of a brotherhood in which only they can understand the dedication and the bravery. Make no mistake about it, on Memorial Day Veterans celebrate the lives of all Veteran from the American Revolution through the Civil War to today. And, as Veterans they were here to serve and defend our freedoms as citizens of the United States of America.

This Memorial Day please remember and honor all Veterans for this is not just any three day holiday weekend for it is a sacred one to all Veterans. And as any Veteran will tell you when you see a member of the Armed Forces say a special thank you to them for their service to us.

It’s the highest honor you can give them! 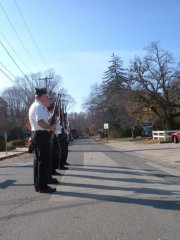 The American Legion Auxiliary Unit 668 2012 Poppy Queen and her court
riding in formation with Post 668 in the Radnor Township Memorial Day Parade. 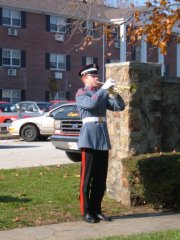 click on
Posted by Blaine W Scott at 3:31 PM No comments:

What Only A Mother Can Possess

They say that a father always knows best but when you get right down to it doesn’t Mother’s Intuition proceed that statement. There is something to be said about the maternal instinct. You see examples of maternal instinct all through nature passively or learn about the instinct through other sources. When a mother asks a father should we really let him or her do that and then when a situation happens it is usually is Mom that had the right answer and is ready to spring into action.
Fathers can generally learn some of these traits from experience and education. For me it was after having egg on my face to many times I decided to watch and learn. And, it is not just what my mother did or the mother of my children it is mothers in general. I could never tell the difference between a good mother or a bad mother as I was growing up. I learned to realize by raising my own family that children are all wired differently and instinctively a mother is there to address the issue or to give comfort when needed. It is only natural that the child will seek the comfort of Mom first and Dad is always the second resort. This is even when the personalities between the mother and her son or daughter clash.

It always seems it is the mother who always wants a better world for their child. She is the one that stands tall and fights for a child’s needs and is ready to go to any lengths or education to achieve the goals for their needs. She is the one that does not leave a moment to spare when her child is in need and there is no higher call to duty. This can only come from the life that has begun his or her life growing inside her. The thoughts the forming, the worry as well as the physical growth a mother and child share and where the maternal instinct is born along with the child.

A mother possesses a love with a child only they can share. Two relationships so unique they can only be shared once in time. Like a snowflake no two can be the same. These are relationships a father can only share with but will never possess. One, and only one unique bond between a Mother and her Child. That is why nothing can replace a Mother’s Love!

Happy Mother’s Day to all young and old Moms Everywhre! 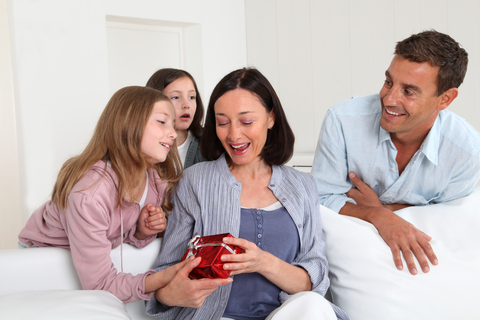 Posted by Blaine W Scott at 3:02 PM No comments:

A Fun And Engaging Earth Day Idea For The Whole Family

In searching for Arbor Day events and Ideas for the family I came up with a flop. Then remembering our October 4, 2011 blog post it hit me. Here is a place where the whole family can go to learn hands on what Earth Day and Arbor Day are all about.  Since other area organizations have not listed exciting hands on family activities the answer is Linvilla Orchards of course.


At Linvilla on April 20, and 21, 2013 leading up to Earth Day 2013 on April 22, 2013 comes one of the most family friendly activities in the Philadelphia and tri-state area supporting Earth Day. The events of the weekend include a hayride with instruction on how to plant a Christmas Tree and how Christmas Tree farming is beneficial to our environment. There will be classes on gardening so Mom and Dad can learn more about sprucing up the house outdoors this spring. And that's not all, there will be birdhouse painting with flowerpot painting. If that is not enough, how about planting a marigold in the flowerpot you just painted.


Ok! I lied there is more for the youngsters. No! I can’t forget all the little guys like my granddaughter. There will be costumed characters like Honey Bear, Handyman Rob, and Traveling Train. Then guess what Mom and Dad you’re not done yet! There will be local music talent for your enjoyment so you can sit and relax before you have to chase the kids around one of the most fun playgrounds in the area, hands down.
After thoroughly exhausting Mom and Dad or Grand mom and Granddad at Linvilla, I guess kids it will be your turn to tuck them into bed after learning and celebrating Earth Day with all those activities. And, just think they will be dreaming about going back to Linvilla just to chase you around from activity to activity at the Berry Festival, the Peach Festival, Picking Apples, and the Pumpkin Festival. It will be like counting sheep for them dreaming of all those events to take you to thought out the year at Linvilla Orchards.
And, Kids don’t forget to kiss Mom and Dad or Grand mom and Granddad good night and say thank you for taking me to Linvilla today!!!
Visit the Linvilla Orchards Main Website by Clicking Here!
Go directly to this months Linvilla Activities Calender by Clicking Here!
Sign Up for the Linvilla Orcards Newsletter by Clicking Here! 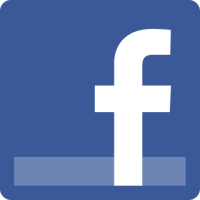 Posted by Blaine W Scott at 9:32 PM No comments:

This Earth Day At Amizon

Get Started with On and Offline Marketing the right way by earning while you are learning!